Bruce Phillips Back to Results 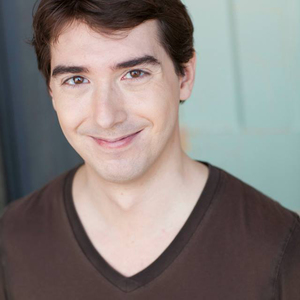 Bruce Phillips: Bruce is an actor and improviser in Chicago. He has a BA in Drama and Secondary Education from The Catholic University of America in DC. He is an ensemble member of ComedySportz, and artistic associate with Sideshow Theatre Company in Chicago. He is a touring ensemble member of both Imagination Theater and GreatWorks Theatre Company, and works on staff as marketing director for both Sideshow Theatre and ComedySportz Chicago, and also directs for Royal Caribbean International Cruise Lines.

He can currently be seen performing in TRIGGER HAPPY, directed by Mick Napier and the long-running show HITCH*COCKTAILS (hitchcocktails.com) at the Annoyance Theatre, CLUED IN at Second City's Beat Lounge, as well as at ComedySportz. He has taught genre and improv workshops for the Villain Theater in Miami, the Columbus Unscripted Festival in Ohio, the Marion Correctional Facility in Marion, Ohio, and throughout Washington, DC. He is also a teacher and currently subs for AP1-5 at The Annoyance Theatre, and all levels at CSz. Learn about upcoming projects at www.brucetheactor.com.